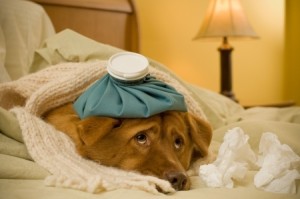 If you ever stopped to consider the number of diseases and infections that could potentially harm your pup, you may never let him outside again. However, modern medicine exists to battle these harmful conditions and ensure that your dog can live a long and healthy life. One of the diseases becoming more prevalent in dogs is called leptospirosis. Just like heartworms and pruritus, prevention and regular vet checkups are the keys to avoiding leptospirosis.

An Introduction to Leptospirosis

Leptospirosis is an infection that dogs acquire when certain bacteria enters and spreads through the bloodstream. It’s not a well-known disease compared to other pet problems, but it is becoming more and more common around the world and leading vets to urge the implementation of preventative measures and more effective treatments for infected canines.

When leptospirosis takes hold of a dog’s blood stream, the bacteria reproduces in the eyes, liver, kidneys, central nervous system, and reproductive system. While antibodies are meant to fight these infections, the bacteria is sometimes too overpowering. Young dogs with underdeveloped immune systems are at higher risk of complications.

Leptospirosis is a concern to human health as well since the bacteria is zoonotic. In other words, the Leptospirosis bacteria can be transmitted from a pet to a human, placing children at risk of developing the disease as well.

The Development and Spread of Leptospirosis

Leptospirosis is most common in wet and tropical climates where marshy areas lead to stagnant surface water. The bacteria grows in standing water and penetrates the skin of dogs when they splash through or drink the water. It’s even possible to become infected by coming in contact with the urine of an infected animal. It is for this reason that wild animals and outdoor animals were always thought to be at the highest risk.

However, over the past decade leptospirosis has started to infect smaller dogs that, due to the perception of their lower risk, were not vaccinated against the infection. Many veterinarians believe that domesticated and smaller dogs are more frequently suffering from leptospirosis because of widespread urbanization leading to increased contact with hosts like rodents and skunks.

How to Recognize Leptospirosis

Like many other diseases, leptospirosis is difficult to identify and diagnose because many of its symptoms could point to other illnesses. Sudden fever, stiff muscles, depression, vomiting, and lack of appetite all indicate a potential for leptospirosis. Increased thirst and urination, rapid dehydration, and difficulty breathing are also symptoms of the infection.

Fortunately, modern technology has greatly improved diagnostic options, and leptospirosis can now be identified using a new laboratory test that is simpler, faster, and more affordable for vets and patients.

Severe cases of leptospirosis require hospitalization for fluid therapy, dehydration treatment, and even blood transfusion if hemorrhaging has occurred. Long-term recovery also requires antibiotics like penicillin and tetracycline for at least one month. Dogs need to be separated from young children and the elderly during their recovery so that the infection does not spread.

The good news is that a vaccine does exist to prevent the leptospirosis infection from even forming. It is now becoming more commonly used in dogs of all sizes due to the disease’s tendency to impact canines of all breeds. Speak to your vet about this vaccine to ensure that your dog is protected from this potentially dangerous infection.